Mr. LY Sopheak, chief executive officer (CEO) of Vithey Microfinance Plc. mentioned on the history of this instituion that it was born from a non-government organization named Cambodia Community Building (CCB) which was granted a license from Ministry of Interior No. 770 SCN dated 29 August 1996, in purpose to evaluate poverty and support the people living condition throughout the country. Until now, Vithey Microfinance Plc. has 3 major shareholder is CCB owns 60% and the other two private shareholders of 40% of total investment amounted to USD 4,500,000 and operate in Phnom Penh city and Kandal province that have 4 offices such as Phnom  Penh branch, S'ang Branch, Kaoh Thom Branch, and Khsach Kandal Branch. By the end of 2016, Vithey Microfinace Plc. has loan outstanding of USD 3,500,000 and 3,000 customers. Since the microfinance sector still has a major role in the economic development contributions to the country's and the people's need and financial artery of the economy, Vithey, private institution initial plans to expand its market during the next five years, from 2017-2021 to expand operations of 55 additional offices across the provinces in the country along with the total number of employees up to 730 people and a portfolio of USD 68,000,000.

The strategy of private institution, Vithey Microfinance Plc. intended to fill the gaps that financial markets are experiencing poverty, customers who need small loans that big institutions do not fulfill this requirement and we see that the market share in this sector is huge to be reinforced. Vithey Microfinane Plc., private institutions are committed to economic development, the country has been successful with respect to state laws and regulations of the National Bank of the fine in order to ensure sustainable progress.

Orknha Dr. Bun Mony, chairman of board director of Vithey Microfinance Plc. said that microfinance services, plays a vital role in national economic development service, because this service to people in remote rural villages can say that microfinance is " the key to unlock poverty". Thus, through many years of experience he has seen the business of professional ethics will lead to success until now and Vithey Microfinance Plc. will adequate proficiency training to its employees in order to people, services ensure the sustainability of these institutions and their customers. In addition, he said, " can not be successful on the failure of the customer ".

The management team hopes that employees of private institution, Vithery Microfinance Plc. work together united as one on behalf of the same, overcoming all obstacles to reach success, according to the slogan of the institution determined that " Road to Success ". 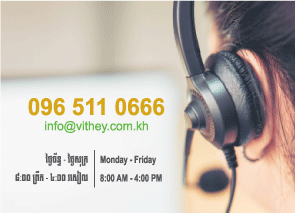 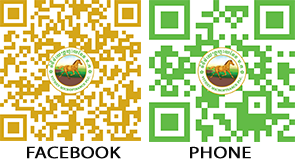